There was fire. There was singing. And, there was a collective Girl Scout cheer at approximately 10 a.m. on August 10 at Johnson-Springview Park in Rocklin.

The previous record for the most people making s’mores at one time was 423, and after all the witness statements were tallied, GSHCC had 453 people assembling their s’mores at the same time. That was close! 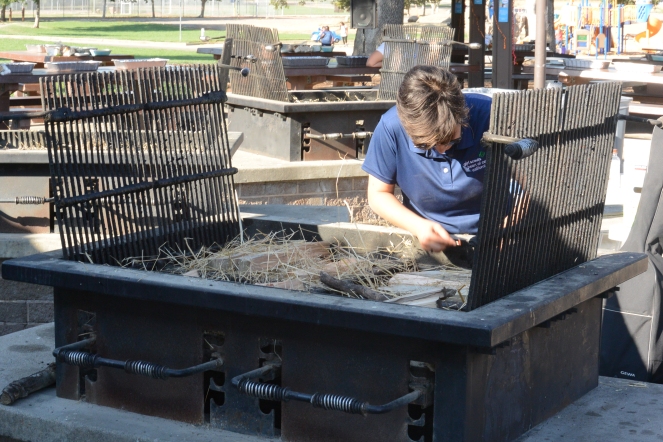 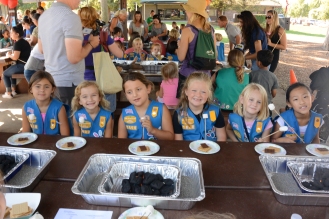 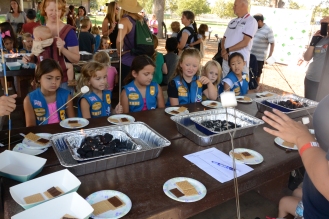 After Guinness World Records reviews our event evidence, we hope to be certified as the holders of the new world record. Our members will be the first to know! Thank you to everyone who participated and earned the Have S’more Fun patch.

In addition to making s’mores together, we welcomed a brand new Girl Scout cookie on National S’mores Day! The Girl Scout S’mores Cookie will go on sale in January, to coincide with the 100th anniversary of Girl Scouts selling cookies. Stay tuned for your opportunity to taste this new treat. 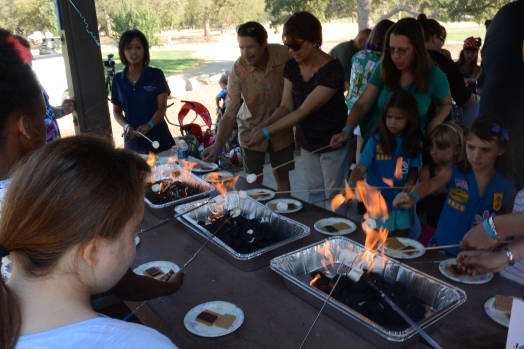 “Making S’mores is a Girl Scout tradition,” says Jenna Cooper, director of girl experience at GSHCC. “It was exciting to celebrate our favorite camping tradition and make history at the same time.” In addition to the massive s’mores roast, participants enjoyed nature activities, an Olympic-themed obstacle course, arts ‘n’ crafts and earned a custom “Have S’more Fun” patch.

After the final marshmallow was roasted, the council wowed the crowd by announcing that this season, there will be a new cookie in town. The Girl Scout S’mores cookie–a chocolate-covered graham cracker with a sweet marshmallow filling will go on sale starting in January, 2017. The Girl Scout S’mores cookie will join traditional favorites Thin Mints, Caramel DeLites, Peanut Butter Patties, Shortbread, Lemonades, Peanut Butter Sandwiches and Thanks a Lots. 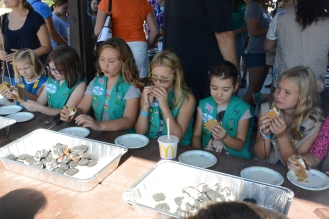 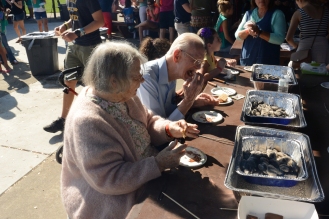 Since 1916, Girl Scouts have been selling cookies as a way to support their activities all year long. Girl Scout troops use the cookie sale to fund their experiences ranging from summer camp to community service.

And what about the record? GSHCC has submitted its evidence of the world record attempt to Guinness World Records, and we are awaiting a response certifying our new record. We hope to have an exciting announcement to make in that regard by the end of September!