It has been said that necessity is the mother of invention.

That was definitely the case with Dr. Pam Marrone, founder and CEO of Marrone Bio Innovations in Davis, California.

Former Girl Scout Marrone was named a “Local Legend” at Girl Scouts Heart of Central California and honored with an exhibit in the GSHCC STEM Center+ MakerSpace in Sacramento. Her work in developing biopesticides has been heralded world wide, and her company holds more than 100 patents in the industry. 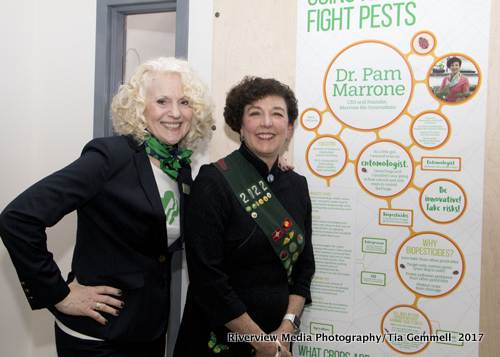 In her remarks last week, she told a story that illustrates how one childhood experience can set the foundation for an entire career.

We had the opportunity to talk with Dr. Marrone at the opening of the STEM Center + MakerSpace, where she enchanted the crowd with tales of her career trajectory from a young girl in rural Connecticut to today, where her innovation in biopesticides has earned her national acclaim.

Proudly wearing her childhood Girl Scout sash, Marrone told the audience how sitting under her favorite tree was interrupted by “frass” raining down on her. (She explained to the crowd that “frass” is a fancy word for bug excrement.)

When her parents’ effort to control the offending insects wiped out the beneficial insects as well, Marrone set about developing an alternative. “I have always loved bugs,” she says. “I decided I was going to find ways to control bugs that were compatible with nature.”

After attaining degrees in Entomology from Cornell University and North Carolina State University, Marrone’s career took her to Monsanto, where she had the unique experience of developing the industry-standard worm food used in the research lab. “I invented a food for worms that helped save corn crops. I worked with others to find ways to kill bugs, or just control them, by spraying microbes (like bacteria) on plants that would kill the bugs, but keep the plant okay to eat.”

Ensuring that efforts to control harmful insects while protecting agriculture has been her mission ever since, which is welcome news in California. Agriculture is a $45 billion+ industry in our state, and protecting it safely is a high priority. As described on the Local Legends wall, more than a third of the country’s vegetables and two-thirds of the country’s fruits and nuts are grown in California. 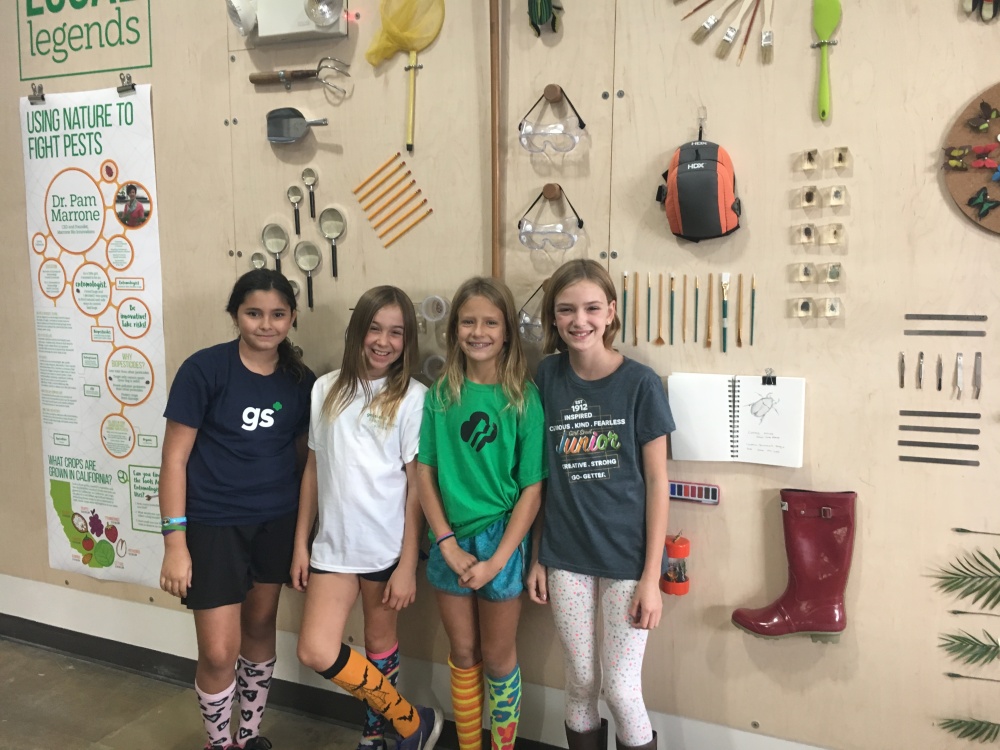 The Local Legend wall is already a favorite among visitors to GSHCC’s STEM Center + MakerSpace.

The Local Legends feature helps Girl Scouts learn about a unique field of study and a career fueled by passion and natural curiosity. Displayed alongside the profile of Dr. Marrone is an arrangement of tools used in entomology, ranging from magnifying glasses to slides, gloves and a microscope.

The STEM Center + MakerSpace’s focus on highlighting women in STEM careers extends to include a “Women in STEM” area, complete with collectible cards outlining local STEM experts, their diverse fields of study and details about their career paths.

To learn more about the STEM Center + MakerSpace, visit girlscoutshcc.org