Following the guidebook, we needed to pass over a saddle feature about 7 miles before descending down into another valley. My feet were tired, my pack was heavy and I felt wet all the way to my bones. The gentle rain and constant fog was clogging my head with tiring thoughts. On top of that, my rain jacket seemed to have given up. Now, I wanted to give up too.

I was backpacking the Cape Wrath Trail in Scotland in the summer of 2016, with the temperature low and the rain constant. The sun only peeked out once while on the trail and it only lasted about an hour. I’ve been all over the Appalachian Mountains and along the east coast doing some pretty awesome adventures in the backcountry but I’ve never been in an environment like this. I really underestimated the Cape Wrath, even though it was dubbed the hardest and longest trail in the UK.

Before backpacking in Scotland, I guided for a nonprofit and a collegiate outdoor program. At both organizations, I’ve taken trips personally and professionally where things seemed amazing at the start. The sun would be out, the weather was perfect, all the participants were enjoying themselves, and then, suddenly things take a wild turn for the worst. A participant gets injured, the winds pick up, or as the title mentions, it rains. 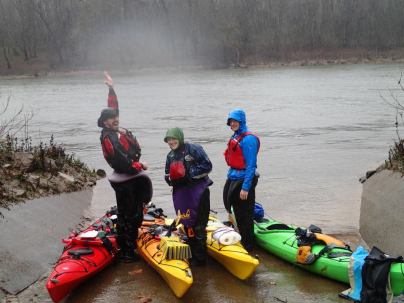 The leaders of the trip have to make quick decisions on what’s best for the participants as a whole. Do we press on or go back? How serious is this problem? Leaders often need to be quick on their feet, with limited resources and little time. How do we know what’s the best decision? It can be a difficult situation to be in, but there’s a process to make things clear and manageable:

Back in Scotland, I made it up and over the saddle pass but now, I couldn’t see the trail below. I looked out behind me I saw the most beautiful sight. A loch was tucked into a series of mountains creating this amazing waterfall that disappeared in the fog below. I was awestruck as the wind whistled by me, chilling my already wet bones. I had to make a decision.

As beautiful as this trail is and where it led me, my problem was my rain jacket and that it had failed. Analyzing this problem, I clearly could identify what could happen if I pressed on. Areas to leave the trail were diminishing the more we hiked, the temperatures were going to drop leaving me with the potential of hypothermia and drying out gear was becoming impossible. I came up with options and weighed the outcomes. Then developed my plan to leave the trail.

I wasn’t really happy with my decision to leave the trail. I was actually quite upset initially and felt like I was defeated. I felt like I let the trail win even though the consequences of staying on the trail could have caused much larger problems if I would’ve stayed. I had to remember that my decision was based solely on gear failure, not my ability. 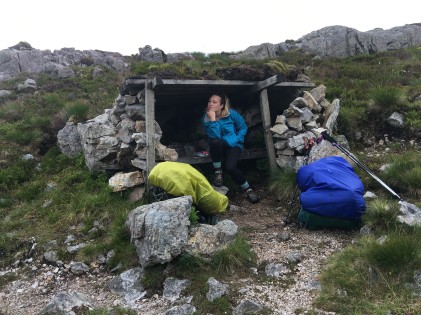 I later learned from someone we met on the trail that the conditions got worse after I left. A guy that was at a similar pace than me ended up with trench foot, a painful injury caused by constant wet and cold feet. Knowing his outcome helped me become at ease with my decision.

There are so many adventures out there that we have to make incredible decisions on. To stay or leave a trail, what college to go to, or what job to take. Sometimes, it’s a decision to make individually and will only affect you. Sometimes, it’s a group decision to affect a group. I’ll be diving deeper into this process at GLOW 2018. Join me as we share stories, practice the decision making process and really assess our decisions on April 7 at the GSHCC Sacramento Regional Program Office. 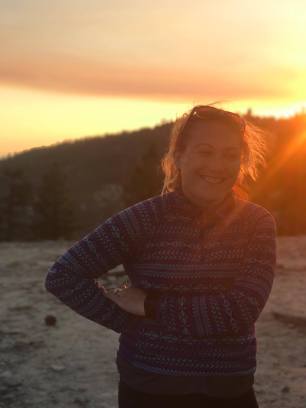 Samantha Briley is the Sr. Specialist in the Girl Scout Heart of Central California’s Outdoor Innovation Department. She has been a Wilderness Guide throughout college and into her professional career leading kayaking, stand up paddling, backpacking and rock climbing trips. She recently moved to Sacramento from North Carolina with her husband and two adventure dogs (Cruxxie, named for climbing, and Rudder, named for kayaking). She now runs the Expedition program, connects with potential program partners, and creates unique, adventurous experiences for Girl Scouts.